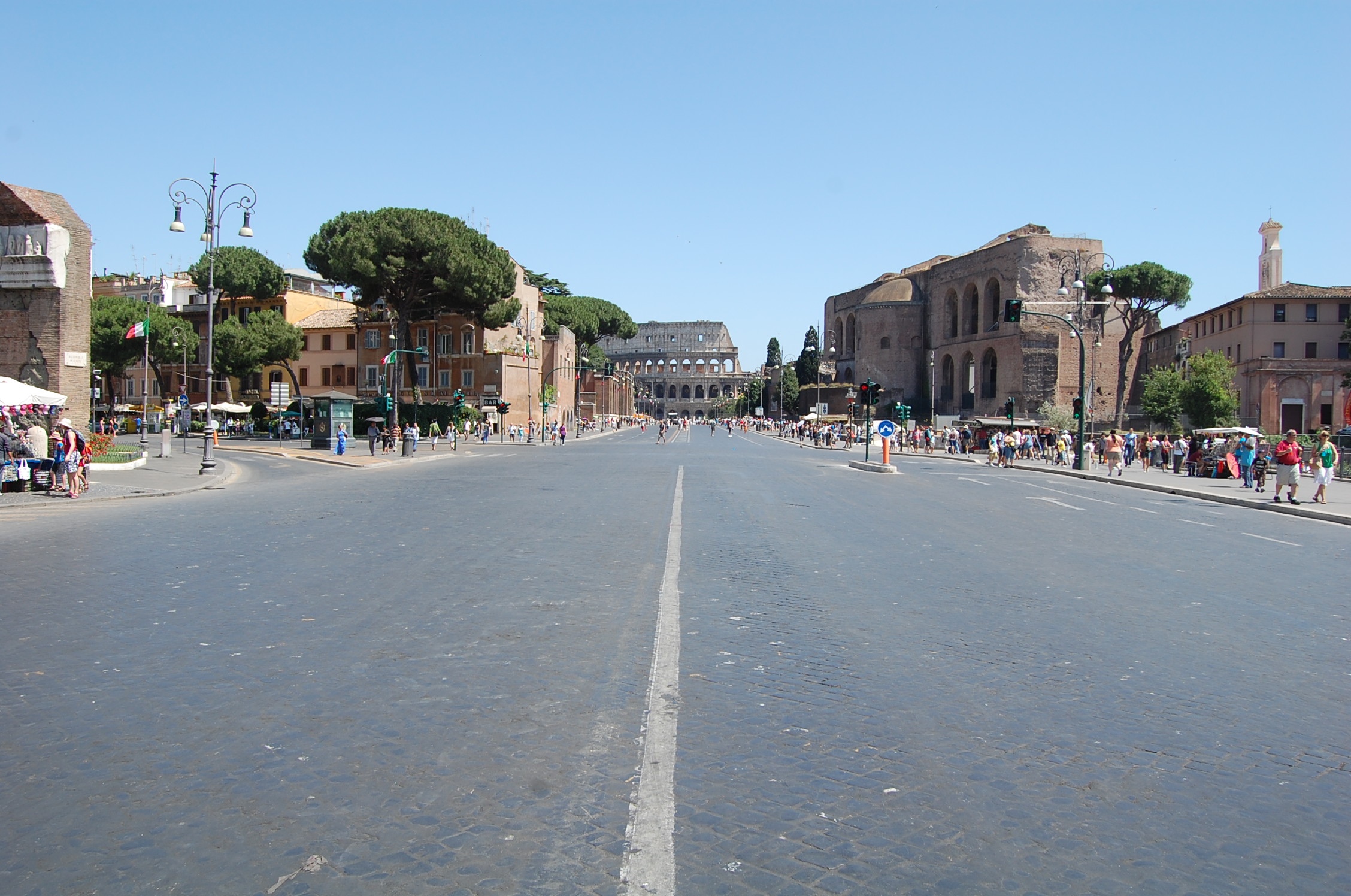 During Fascism, along the archaeological area of the holes was opened the “Way of the Empire” (the current route of the Via dei Fori Imperiali), joining piazza Venezia with the Colosseum; the road, a straight path, it would have been used for military parades, and still there holding the parade for the feast of the Italian Republic on 2 June. The possible elimination of the road, which cuts the archaeological sites of the Fori Imperiali, breaking the original units, was regularly discussed. On August 3, 2013, a part of the road was closed to traffic, on the initiative of the Mayor of Rome Ignazio Marino.