The Stele of Apollo Bridge 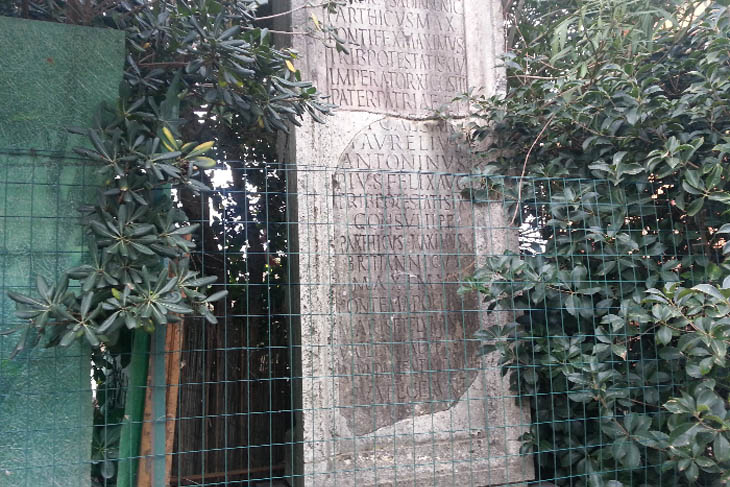 At km 59.700 of the Via Aurelia, is the stele with the inscription commemorating the restoration of the Apollo Bridge wanted by the emperors Septimius Severus and Caracalla.Su this stele is a carved inscription. The text of the epigraph, in two fragments found near the ditch near Castelsecco, is dated in 205 AD with a probable update performed in 210 AD

The inscription, after long titlings imperial, remember that two characters completely remade and expense Apollo Bridge, which was destroyed by the fury of the sea and rivers.

The bridge must have been of considerable interest because it seems to be a trend with three arches and curvilieneo and probably had scorregli under two streams (maybe two branches of the river Castelsecco), as the inscription with the word fluminum.

The remains of the Apollo Bridge, partly received in the remake medieval and modern, are preserved at the Pit of Castelsecco, between the Via Aurelia and the sea.