THE SHRINE OF OUR LADY OF GRACE 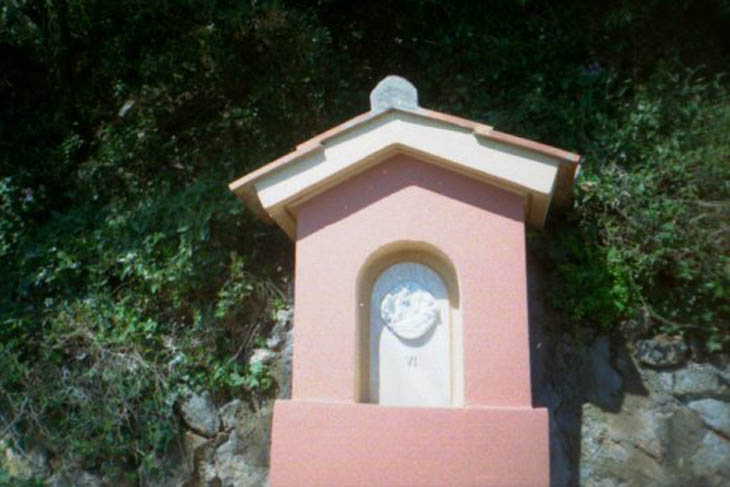 Located at the summit of Mount of Grace (616 m) at a point from which you can enjoy the beautiful panorama of the whole territory of Allumiere to the sea, the Shrine, dedicated to the patron saint of Allumiere whose feast is celebrated on 8 September, overlooking the town of Allumiere and can be easily reached by car by following the appropriate instructions.

Its construction, like that of almost all the churches and shrines in the area, is linked to the activity of mining and processing on alum Tolfa Mountains. In fact, at that time, next to the mines were erected numerous places of worship. One of these chapels, that of Monte Roncone, gave way to the current Hermitage of Our Lady of Grace. Around 1650 he was taken into custody by the Servants of Mary, the keepers of the Church of Cibona, who built a small church and the cells to be able to stay. These were always a lot of care of the hermitage and, in early 1700, Fra ‘Giovanni delle Valli began the construction of the new church and the new hermitage which were completed in 1710, the year he was also carried out the translation of the image of Our Lady .

The Sanctuary continued to be guarded by the Servants of Mary until the mid-nineteenth century, a period when it was sold to the City of Allumiere behind annual rent of 12 pounds of wax worked. The area is located behind the church was once the municipal cemetery that was moved to another location in 1893, now houses the “Memorial Park”, in memory of the fallen of Allumiere in the first World War. The Hermitage, the subject of numerous works of renovation and expansion since 1954, has become more and more important from the point of view of religion to become diocesan shrine. Many pilgrims visit it every year and March 18, 1986 Pope John Paul II crowned the sacred image in it exposed.

Around the early 1600s, thanks to the efforts of Cardinals Sacchetti and Pallotta, work began on the construction of the structure that were entrusted to the architect Domenico Castelli. It was finished in 1647 and 16 June of the same year was made the translation of the image of Our Lady from the chapel to the new church. The Church turned a true work of art, stylistically sober but harmonious, with an original curtain facade executed by the stonemason of Fra ‘Sigismund from Fiesole.

Adjacent to the convent church was used for housing the hermits of Monte Senario, belonging to the order of the Servants of Mary.

During the French invasion, (1798-1799) both structures were looted and, around the end of the nineteenth century, following the suppression of the order of the Servants of Mary, began a rapid decline that culminated with their closure. Since 1937 the fresco of the Madonna and Child, devoid of the two saints, is preserved in the Church of the Capuchins in Tolfa.