All news, events and special Jubilee
You are here: Home \ kitchen \ Itineraries low cost \ The factory of cod in Civitavecchia
kitchen
0

The factory of cod in Civitavecchia 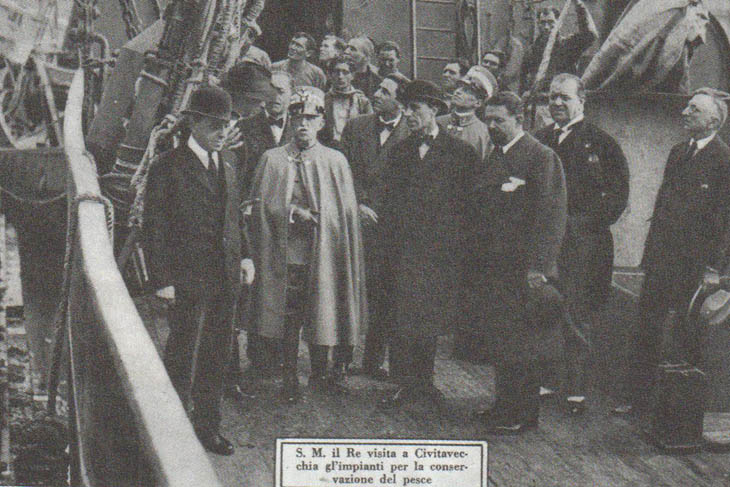 The Factory cod in Civitavecchia was the processing plant the fish that was in the dock Roman , where the fish, mostly bream, was, after washing and cleaning , covered with ice, put in boxes loaded on trucks headed to markets for sale.

The fish was discharged via a hoist installed on the trawler: a basket by running down a strong rope, fish taken from the hold were unloaded in a spa on the top floor of the dock, where they were picked up manually by men to be passed to a wheel more plans for the selection; then he was beheaded, with electric saw and knives, being very large fish.

The upper floors of the factory, the women were provided with the cleaning of the fish that then was iscatolato tin, while the cod fillets were packed in wooden boxes of 500g each to be destined for shipment and sale,

The cod seasoned represented the main activity of the fish. The fish, once selected (we are talking about 10 tons at a time) were placed in refrigerators and then be cleaned and prepared for aging. The cod was cleaned of the salt by means of machines, so it was passed in a press and in a mechanical brushing to remove excess water. At this time the cod was ready to be placed in looms and transported in salons ventilated hot air to be dried and then exposed to the sun as the final stage of drying before being shipped to markets in bags.

THE BACCALA IN 12 SPECIALTY