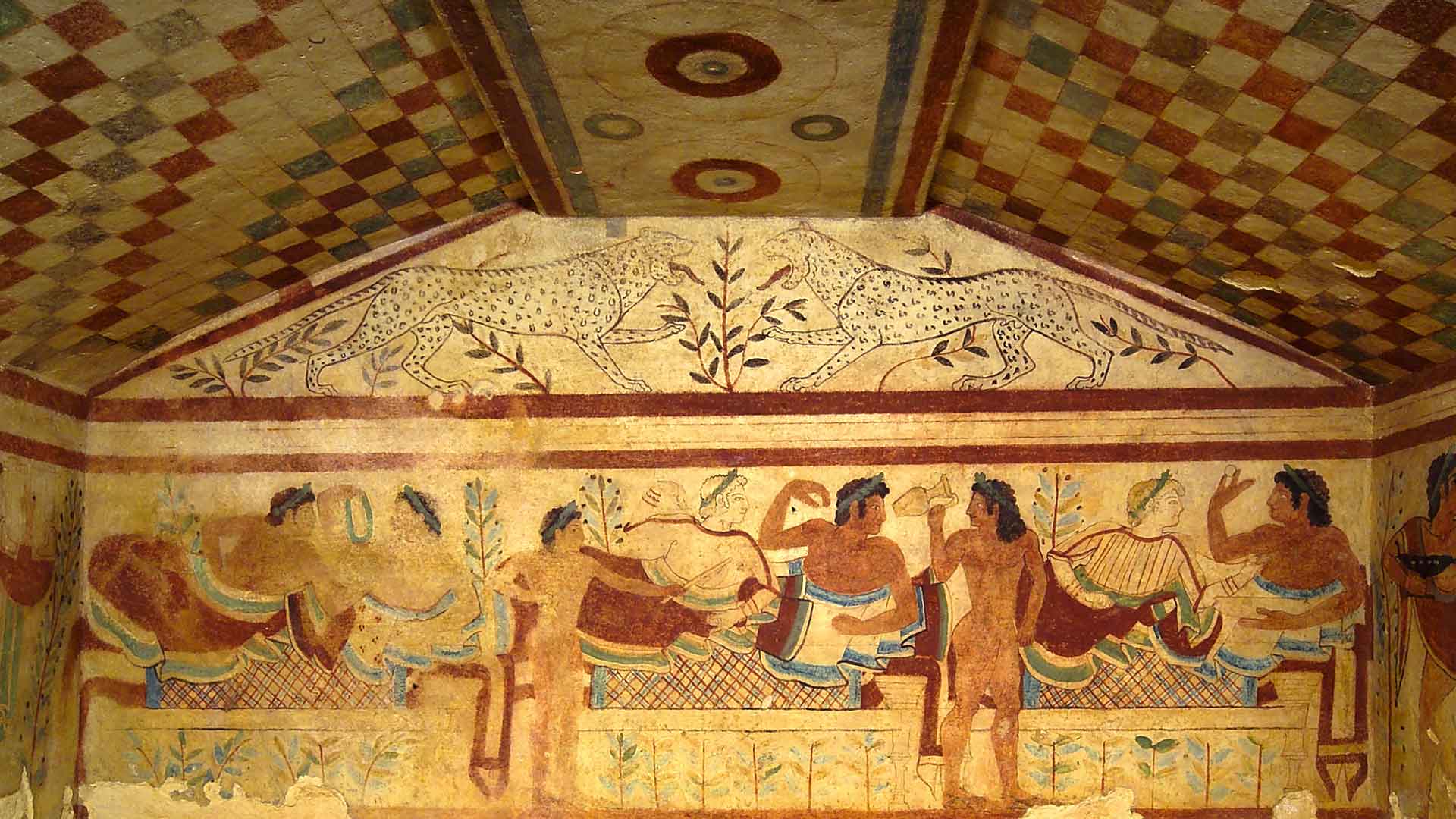 It covers about 750 acres two miles from the town, in town Montarozzi, is one of the most important of the known being rich chamber tombs with painted decorations. Use to decorate the burial chambers is not the prerogative of the city of Tarquinia, but it is only here that the phenomenon is large enough to be an important witness to the evolution of the Etruscan civilization from the seventh to the third century BC Up to now know about 200 tombs with paintings or traces of paintings that can be found only in the homes of aristocrats funeral. The images that are reproduced tend to reconstruct the figure of the deceased scenes referring to his daily life, as if to underline, reflecting a belief common to all primitive peoples, the continuity of life after death. Among the many, are now visited a total of 14 tombs Tombs of the Hunter, the jugglers, the Pulcella, Cardarelli, of Flogging, Lotus Flower, the tomb of the Gorgon, the Caronti, Leopardi, Bacchae, Hunting and Fishing, 5513 and 5591.