The Baptistery of the Castle of Santa Severa 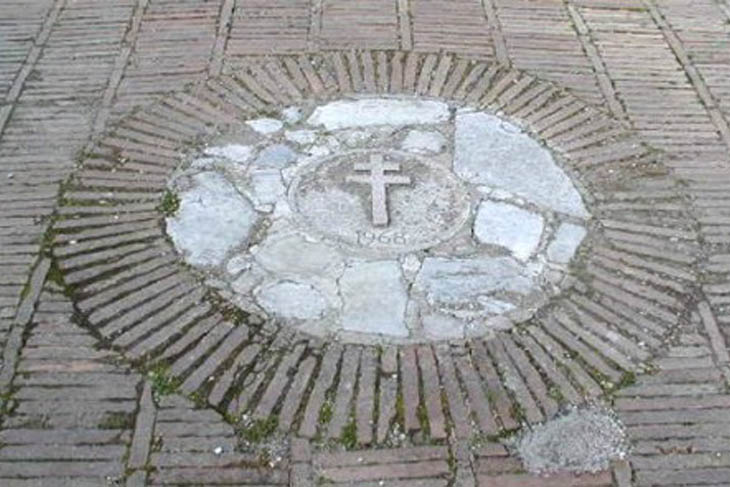 The Baptistery is the oldest of the two churches in the medieval village of Santa Severa and is located near the entrance is the original. Inside the small chapel, characterized by the presence of a baptismal font made from a part of a millstone from Roman times, are preserved frescoes of the second half of the fifteenth century. referring to an anonymous culture typically Lazio, with accents archaic, especially close to the early works of Antoniazzo Romano.

The frescoes in the apse depicting the Madonna and Child Enthroned, centrally located, whose sides are depicted St. Sebastian, pierced by arrows, and Santa Severa, in the act of indicating the Virgin to a member of the Brotherhood of the Holy Spirit, recognizable for the double cross in the garment. These could be the buyer of the frescoes. To his right are Saint Lucia and St. Rocco. Under the arch three medallions representing the heads of Abraham, David and Daniel.

On the back wall, above the apse, shows a scene of the Annunciation, with the Christ within a central oval, cut from the modern ceiling. Bottom left is depicted St. Anthony Abbate, standing, while in the lower right corner the painted surface has disappeared.

On the left wall is painted a scene of probable miraculous catch, with appearance of two Holy Bishops members of the crew of a ship that bears the emblem of the Brotherhood of the Holy Spirit on the white banner set the mast; you can still see a sailor climbed the tree, under the crow’s nest. Under the stern of the ship is a small boat on which there are two men, one of whom holds the rope lowered from the ship. In front of the bow is depicted San Lorenzo, with the classic gridiron in the left hand and the right regula.

On the right wall, very degraded, remains visible part of a Crucifixion with Mary Magdalene kneeling and Madonna standing with folded hands; still visible lines of preparation of the design, engraved on the plaster of the bottom.

On the plinth decorated draperies remain interesting graffiti depicting votive ships of the fifteenth and sixteenth century, probably by the sailors who passed through at different times for the port of Santa Severa; these graffiti are a small archive of naval iconography, for the period mentioned above.