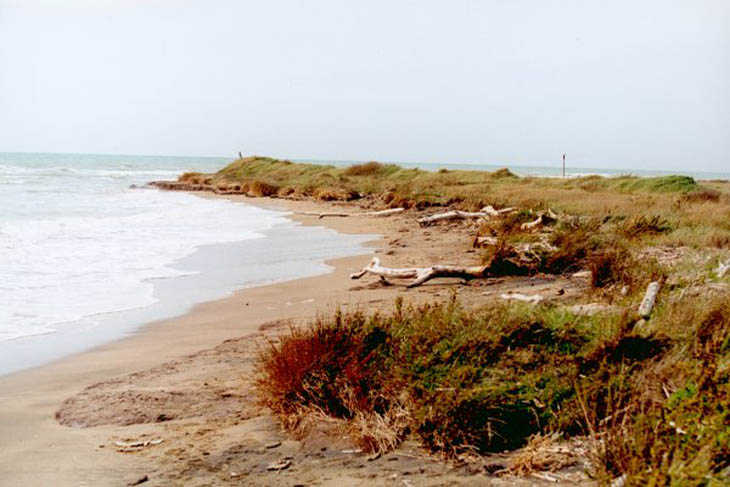 The area, which has a circular shape, as you can tell from the name, is one of the most significant examples of the flora and fauna of the Mediterranean and last fringe of a landscape that stretched along the entire coast of Lazio, thanks to the intervention of restoration of the Lazio Region, it is now possible to visit, with a path of about 2 km, the 250 acres owned by the city removed the settlement planning and reclamation works started at the end of 800.

The natural park presents itself as an important stopping point of migratory fauna and is currently also a place of protection and reproduction of some endangered species.

The restoration work, carried out in collaboration with WWF, has allowed the repopulation of some animal and plant species, disappeared from the local area. Thanks to the creation of artificial lakes, migratory birds find food and refreshment, geese, swans, ducks, grebes, herons, bitterns, hoopoe and many other species live in different times of the year this structure, with which you tried to reconstruct an environment now completely extinguished coastal ponds where frogs come to life, dotted newts and invertebrates of all kinds.

In the eyes of conscious tourists, but mostly silent and patients to stop at the observers (small wooden houses), opens a landscape full of excitement and surprises that only nature can offer us as when a bird takes flight or procures the food buried his beak in the water. The thickening of the wooded area by species of trees and shrubs, have disappeared as the oak, the oak, arbutus, ash and elm, which, with their fronds shelter tourists from the sun beating down during the hot hours of summer, cheered only the cool breeze and the melodious singing of birds, provides a habitat for insects more or less small, of which the most spectacular is the rhinoceros beetle, walking among the branches or in the undergrowth, which, although microscopic, are a source of life of many animals, porcupines, hedgehogs, weasels etc., that inhabit the forest and close the natural biological cycle.

When the sun approaches the horizon, along the short stretch of beach in front of the reserve, the tourist, as well as collecting shells and be photographed on tree trunks lying on the shore, can enjoy the spectacular red sunset, admiring the Cormorants resting on the two bunkers in the middle of the sea, the only evidence of the retreat of the coastline now protected by sand dunes by the man who tries in every way to defend this natural paradise. In recent times the area has been completed by a particular path “sensory” is dedicated to people who want to rediscover their ability to use all their senses, but especially dedicated to the blind so they can also enjoy this interesting and lively environment.