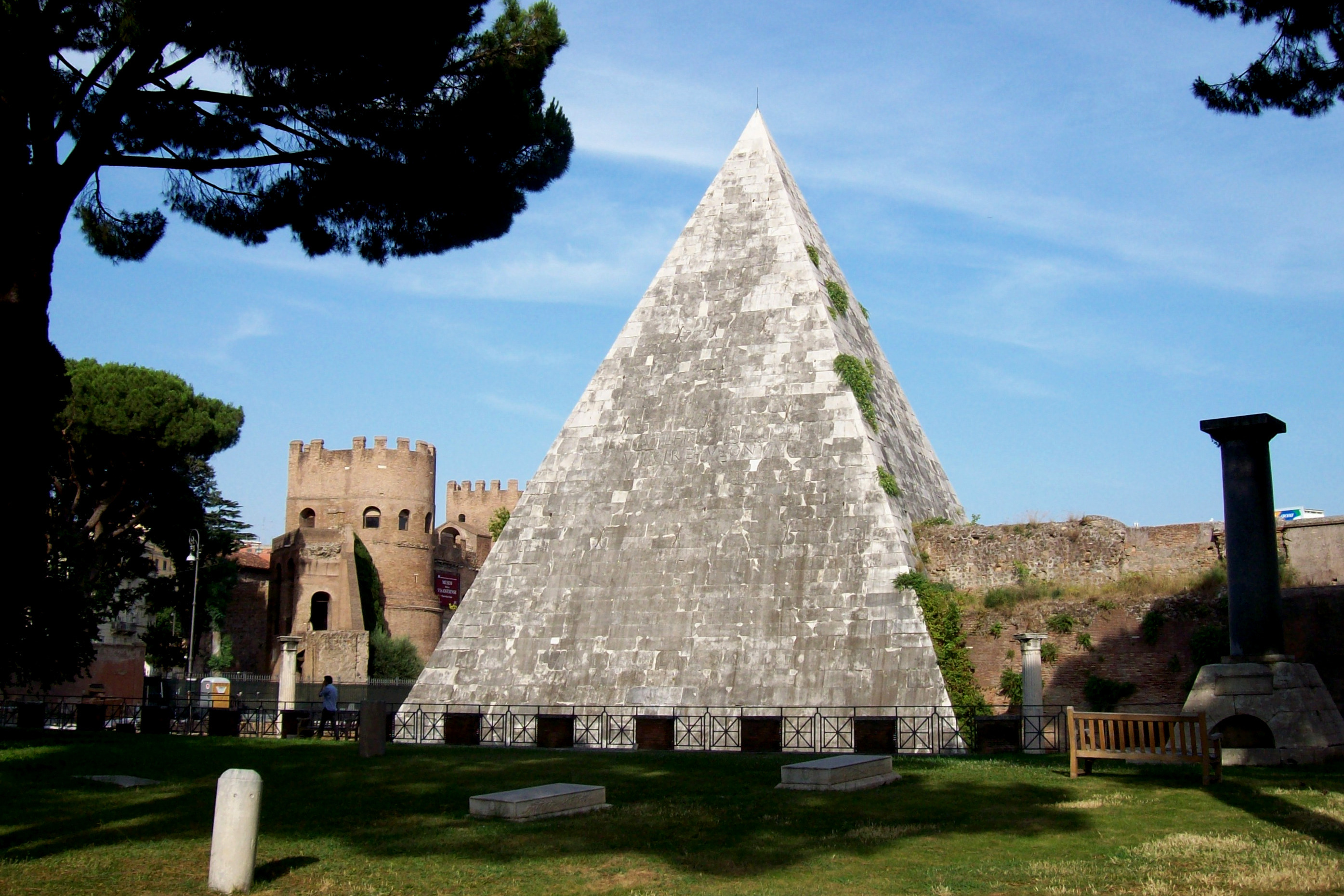 Inspired by the imported models after the conquest of the Egyptian 30 BC The pyramid is a funerary monument built at the beginning of the imperial age at the Via Ostiense. During the building of the Aurelian walls pyramid was incorporated as a bulwark, but giving up the continuity of the passage patrol.

To its edges were four columns, the two remaining were rinnalzate during excavations pontifical. Two plates now at the Capitoline Museums were placed under bronze statues of heirs, M. Valerius Messala, consul in 31 BC, his brother Lucius Cestius, and Marco Vispanio Agrippa, son of Augustus.

The cell is one of the first uses of Roman brick with which it was coated. The ceiling is decorated with paintings of the third style. Victories in the corners crowned as the center of the vault, now collapsed was to represent the apotheosis of Caius Cestius.