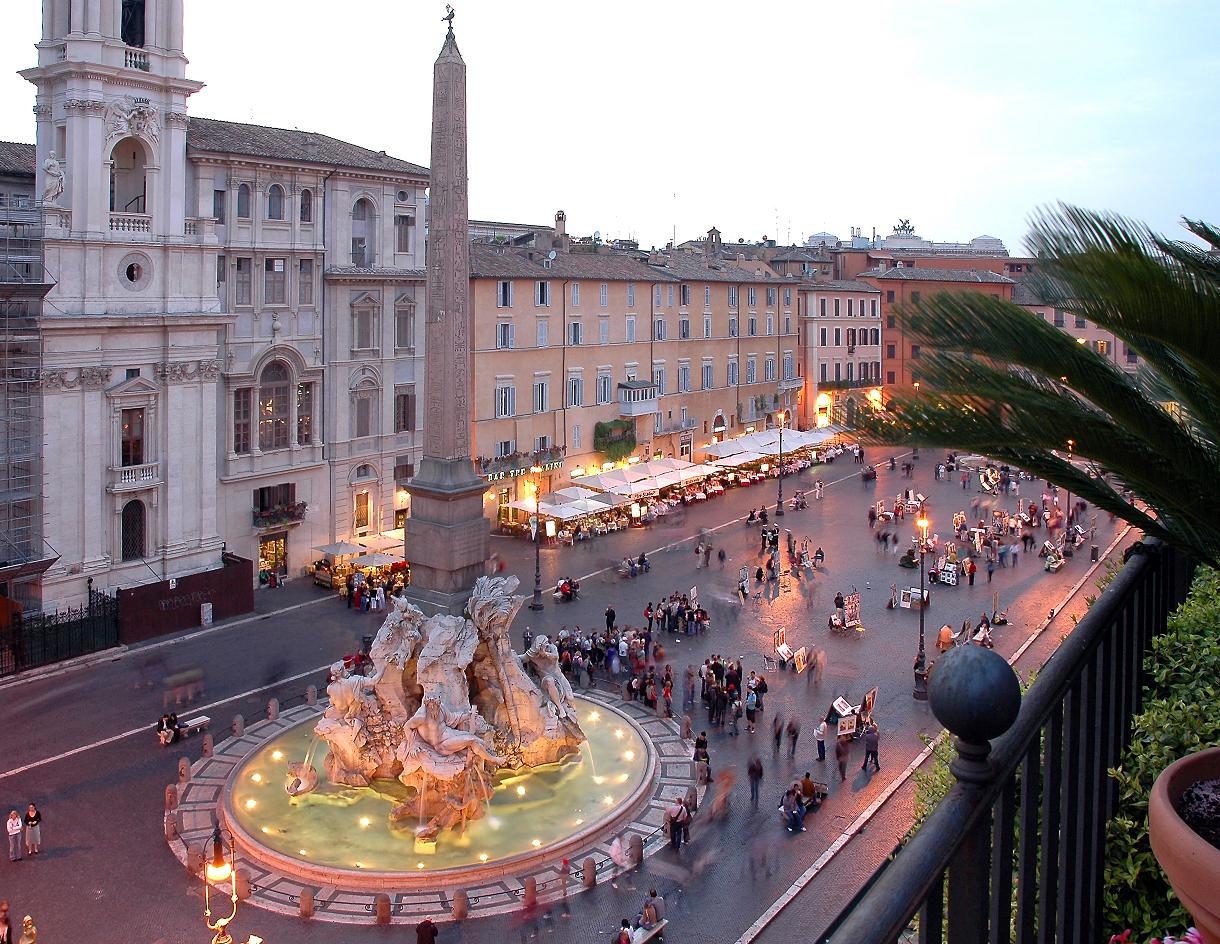 Piazza Navona is one of the most famous squares in Rome. On the former grounds of the Stadium of Domitian its shape is that of ‘old stadium, and was built in monumental style at the behest of Pope Innocent X, the Pamphili family. Pride of Baroque Rome, with architectural and sculptural masters like Gian Lorenzo Bernini, Borromini and Girolamo Rainaldi. During the Christmas season the square lights of many colors and fills with stalls selling sweets, crafts and figurines for the crib. The typical market invades the square until the arrival of the Epiphany in the night between 5 and 6 January.

Numerous artists since the war with the frequent impromptu banquet to paint.