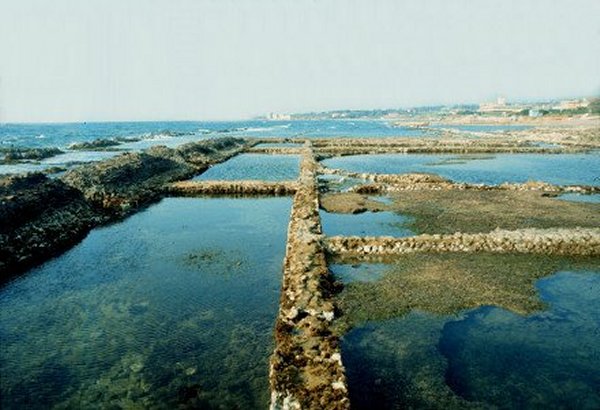 At km 66 of the Via Aurelia, at Punta della Vipera, is recognizable a large fish pond, in good conditions, built on banks pietraforte outcropping above sea level, one of the most complete and interesting examples of Roman fishpond visible along the ‘ entire Tyrrhenian coast north of Rome. It retains a substantial rectangular basin, 48 m long and 30 m wide, protected from the sea by a breakwater in cement work consists of three orthogonal arms about 3 feet thick.

The plant, for rearing fish and shellfish, perhaps built at the end of the first century BC, is divided into several rectangular tanks distributed around a large central circular basin of over 20 meters in diameter. The imposing structure was built in cement with vestments almost all in reticulate except arcs connecting the tanks and the outer wall of the central basin built in bricks. The internal depth of the tanks today in some places reaches two meters, but probably in the past had to be increased.

We also retain traces of openings and What to do plumbing that distributed the waters in the breeding and it regulated the outflow. Three long submarine channels that branch off from the side facing the sea ensured the power plant, the constant purification and balance the ambient temperature of the tanks. To the land, among the rocks of the coast, depart from the corners of the upper eastern fishpond two symmetrical pockets, of which there are still many traces, perhaps for use by moray eels.

The fishpond, coinciding well with the types described by ancient authors in particular by Columella, was controlled by a seaside villa located in the hinterland, in an area now unfortunately completely built. In the basements of private villa Galliano (Via Aurelia 510 and 512) are the remains of part of the spa with heated rooms suspensurae connected to a praefurnium.

Several mixed work and brick walls, traces of mosaic floors, finds of capitals and marble decorations document the richness and extent of the villa, certainly linked to the ancient Via Aurelia and overlooking the fish pond.