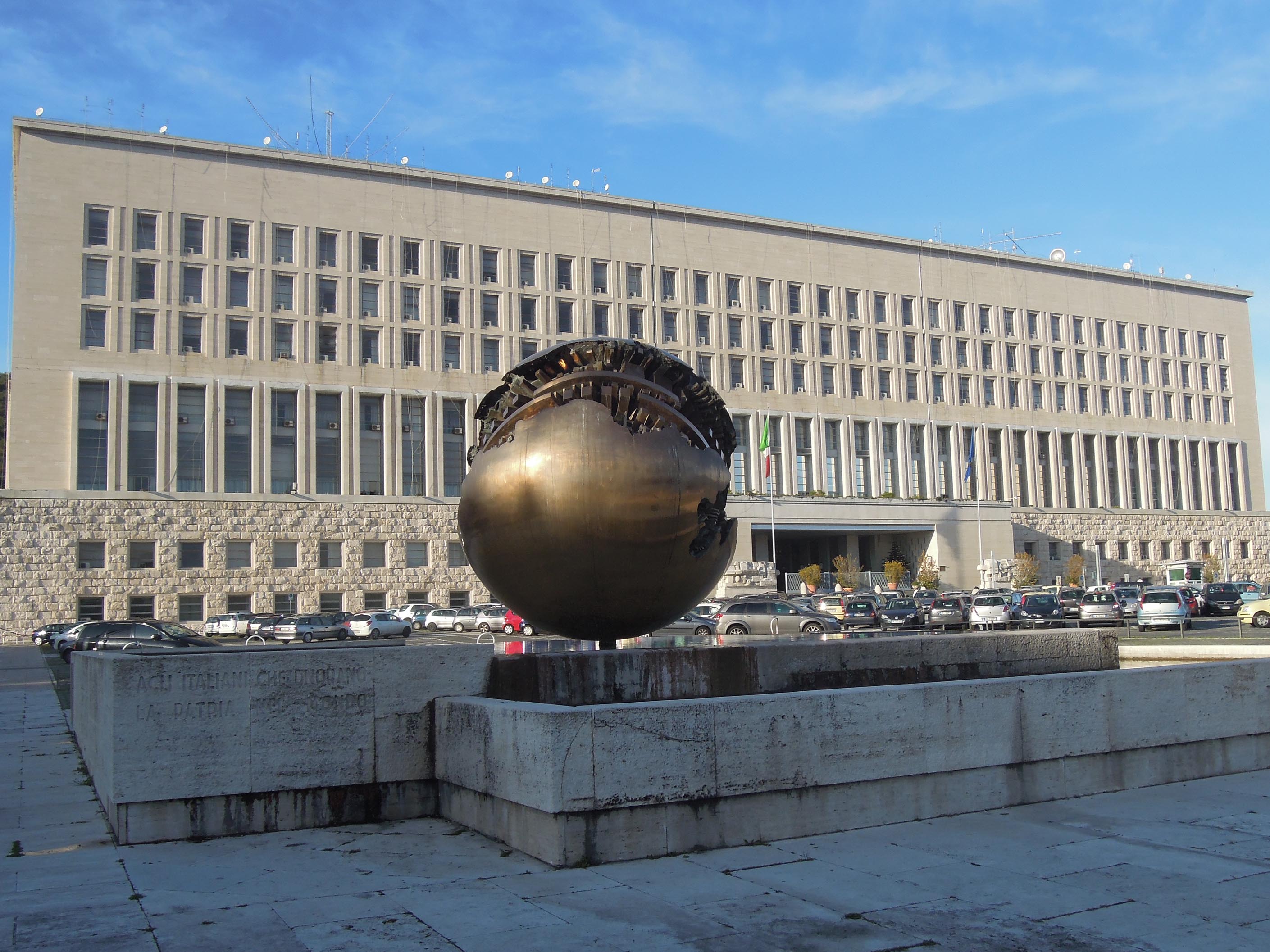 The Palace of the Farnesina, designed in 1935 as the seat of the National Fascist Party, is located at the Foro Italico, between Monte Mario and the Tiber, and is the current headquarters of the Ministry of Foreign Affairs of the Italian Republic.

In truth it is not a real building, but of a large complex structure (more than 1300 rooms), which still appears to be one of the largest buildings in Italy.

The complex is named after the land on which it stands was commonly called Orti della Farnesina as belonged to Pope Paul III Farnese, now the name of Farnesina is also used to indicate the Foreign Ministry itself.

The building has a very long façade 169 meters and 51 meters high which is spread over nine floors with a total of 120,000 square meters, since 2000 also houses an important collection of contemporary art which includes more than 200 works that testify to the Italian artistic production “modern” of our country.