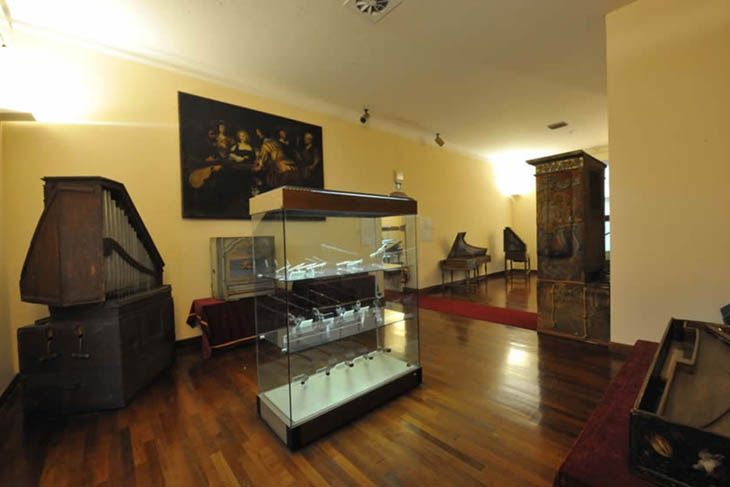 Almost adjacent to the Piazza di Santa Croce in Gerusalemme, surrounded by a green area on which stand the archaeological remains of the Imperial Palace (Sessorium) of ‘Castrense amphitheater and the circus of Heliogabalus, the Museum preserves inside a huge amount, perhaps unique in the world of musical instruments: 3000 pieces, of which eight hundred exhibits, from antiquity to the late eighteenth century.

Most of the instruments preserved here come from the private collection of Evan Gorga, Italian tenor, then devoted himself to collecting full time. For ESAA was added after an incredible array of tools rare and precious among the jewels of the collection, a model of a harpsichord in lacquered wood and gilded with Tritons and Nereids, from the seventeenth century, the famous Barberini harp and some of the tools that belonged to Benedetto Marcello.