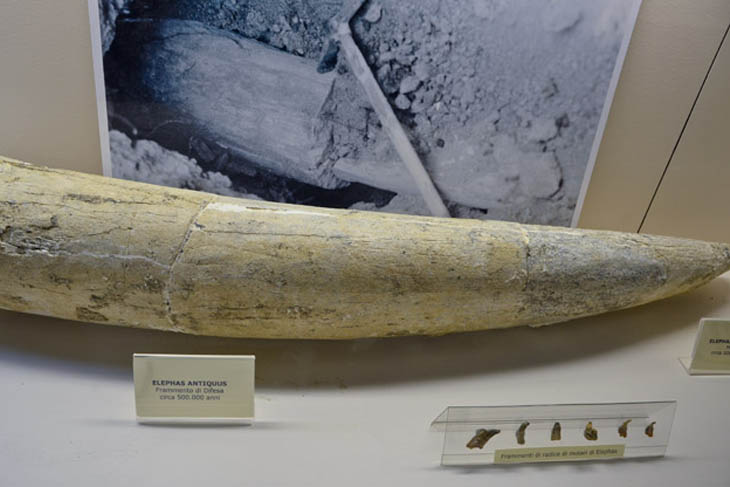 Inside the Palace Chamber is placed the Museum, founded in 1956, opened in 1962, expanded in 1976 and now in its final form after years of restructuring of the entire building and renovated in the organization and in the scientific exhibition criteria.

It is proposed as Environment Museum and as a Centre for the Documentation of the prehistoric heritage, historical, archeology mining linked to the great adventure dell’Allume and finally naturalistic Complex Tolfa Cerite.

It is divided into two sections: the archaeological and the naturalistic. Having been designed according to modern theories exhibition, allows an easy approach to the fascinating world of archeology, especially towards those approaching for the first time.

In fact, the understanding of the many exhibits, which is of considerable importance, is allowed due to the presence of dioramas, panels and audio-visual media that accompany the visitor throughout the trip through the various civilizations that have lived on the territory of Allumiere. The archaeological finds come from various sites in the area and cover a vast span of time from the Paleolithic until you get to the Renaissance.

Particularly important is the section dedicated to the proto-history that is represented by the materials of the settlements and burial grounds Protovillanovan and the exhibition on the activities of the Mines dell’Allume that by the end of 1400 affected the area and it has conditioned heavily the economy and the relationship between man and land.

The naturalistic section, instead, through dioramas and audio-visual, provides a detailed picture of the habitat present on the Tolfa mountains, both in the current situation than in the past.