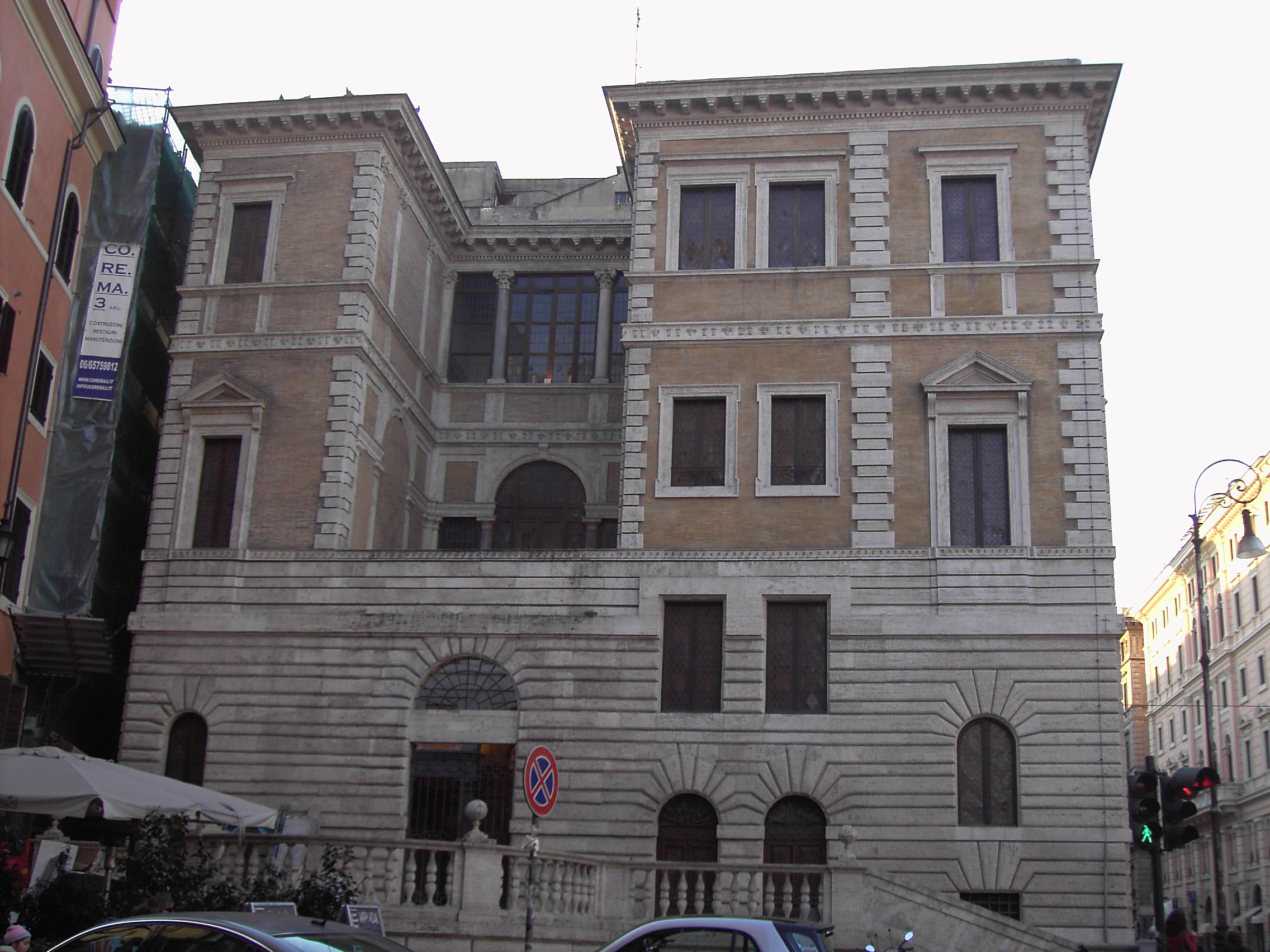 Built in 1523 for the French prelate Thomas Le Roy, designed by Antonio da Sangallo the Younger, the Palace stands on the remains of the Roman period in which it was discovered a nice porch.

The lilies of France that were placed on the facade were confused with the heraldic symbols of the Farnese and why the building was known as “Little Farnesina”.

It currently houses the Museum of Ancient Sculpture Barraco, preserving the collection of ancient sculptures that Barracco in 1905 gave the city.