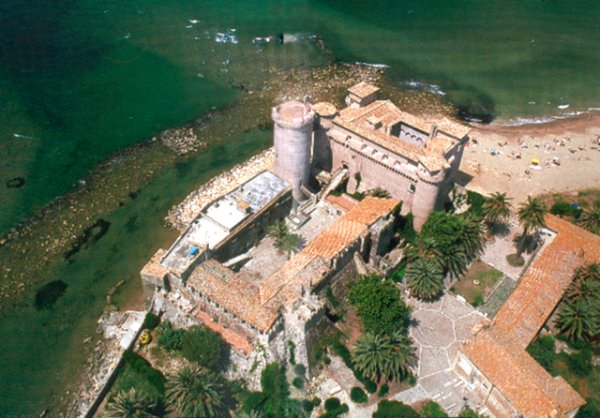 The present parish church, dedicated to the Assumption and Santa Severa, was built in 1595 around the Commendatore Augustine Fivizzani precisely to meet the needs of the growing population in the village. The building has a severe facade, the portal surmounted by the crest of Fivizzani.

Within the original is preserved only the main altar with two marble columns and a kiosk on the bottom painted consists of two columns with Corinthian capitals; The fresco depicts the Madonna seated on the clouds with the Child crowned by angels, with the lower right S. Marinella, distinguished by the view on the bottom of the Castle Odescalchi, Santa Severa and left holding the tools of martyrdom (are still recognizable in his right hand the scourges, ending with lead balls, with which according to ancient tradition was flogged) and next to the representation of the Castle which was presented at the end of the sixteenth century, a time when the frescoes were commissioned by the Commander Sallustio Taruggi .

Other frescoes, along the walls of the nave at the top, represented Stories from the Life of S. Severa, were later destroyed when the end of the ’700 was built the current vaulted roof of the church. The small barrel vault cover is also painted with the Father in the center with the globe in hand. The fresco of the altar, with a picture of St. Anthony Abbate, is badly deteriorated. All the frescoes in the bottom part were heavily restored in 1970.