Basilica of Santa Croce in Gerusalemme 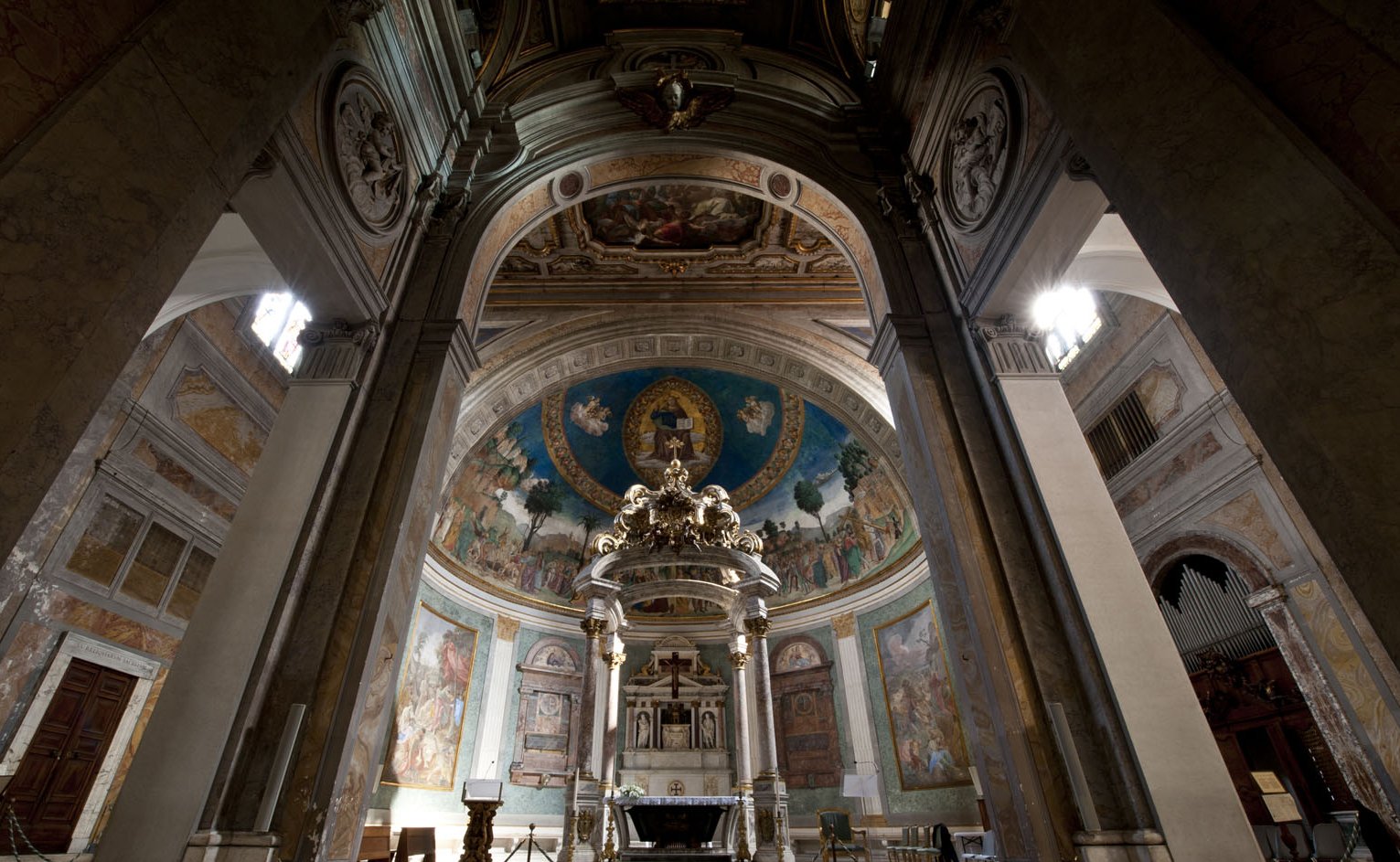 One of the seven churches of Rome that pilgrims had to visit on foot in a whole day. was obtained from the Palace Sessoriano of the third century., which had been the home of Helen, the mother of Constantine I. There were preserved, according to contemporary sources, the relics of the cross.

In the twelfth century. was restored and further equipped with a tower, a symbol of power. Inside, among other works, you can admire a fresco of the ’400 attributed to Antoniazzo Romano