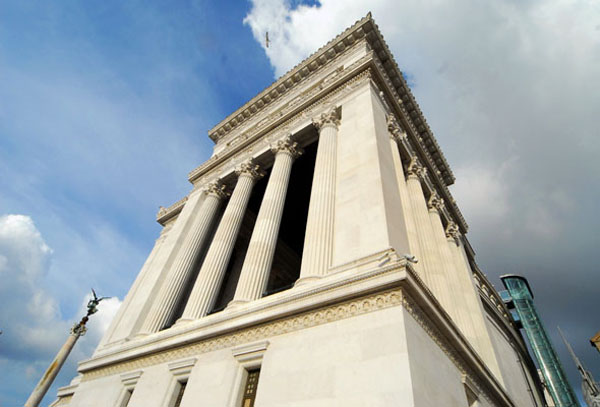 On the death of Vittorio Emanuele II, in 1878, it was decided to erect a monument celebrating the Father of the Nation, and with him the entire season Risorgimento. In 1880 he was banished first international competition, won by Frenchman Nénot, which however did not follow an enforcement phase of the project. In the next contest, launched in 1882, participation was reserved only for Italian designers. He was also drawn up a detailed list of recommendations for the project, who prescribed “a complex to be erected on the high north of the Capitol, in line with the Via del Corso, a bronze equestrian statue of the King, an architectural background of at least thirty feet length and twenty-nine in height, left free in form but adapted to cover the buildings behind and lateral Church of Santa Maria in Aracoeli. “The competitors had a year to deliver the project. The proposals were submitted and 98 of the three selected for the final choice the royal commission voted unanimously to Giuseppe Sacconi, a young architect Marche.

Via di San Pietro in Carcere