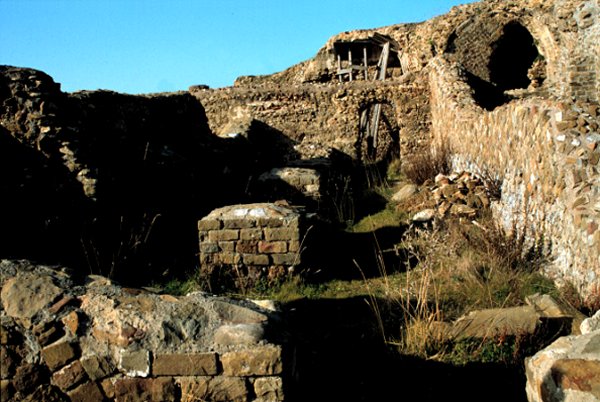 Along the Via Aurelia, at the southern entrance of the town, along the coast are the remains of one of the villas that the ancient Romans loved lords build on this part of the coast, characterized by a special microclimate already appreciated since ancient times by the inhabitants in Suddenly very picturesque with high spur overlooking the sea.

This large settlement, identified as the site of the ancient port of Panapione, is equipped with a large fish pond for fish farming and a long pier mooring, now submerged.

Well preserved rather large structures on the part of the underground substructure I destined to host the service rooms and productive activities, while the residential part, once raised, was destroyed for both marine erosion, both frequent looting of material building occurred until the last century.

They have resisted the time the ruins of cryptoporticus and environments with a barrel vault, as two tanks communicating with the surface through two wells.

The walls, alternating and random length opus reticulatum, detect a story building that lasted probably between the first and fourth centuries AD and use of the building by the ceramic materials recovered in the water in front, arrived at least until the sixth century.