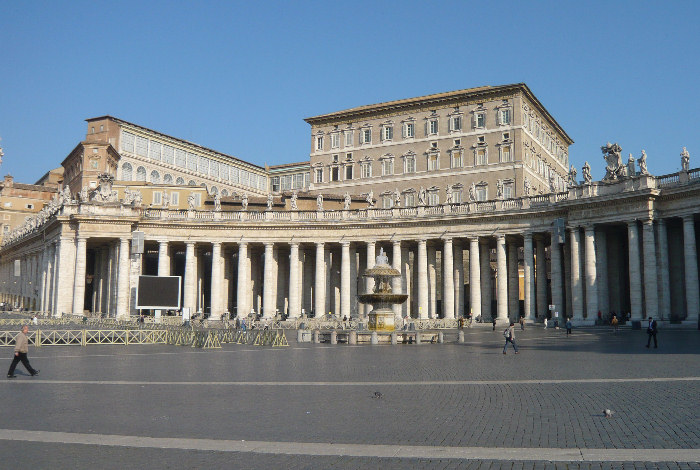 The St. Peter’s Square and the basilica behind occupy the valley occupied in the classical era from the Circus of Nero, the Via Cornelia and a cemetery now known as the Vatican Necropolis, where it was placed, according to tradition, the tomb of St. Peter after the martyrdom in the near Circus. For this reason, in the fourth century was built on that area the great basilica of Constantine.

The space of the square is formed by two parts: the first in the shape of inverted trapezoid whose longer side corresponds to the facade with specific reasons of perspective and the second, larger, oval in shape with the Vatican obelisk at the center. The two large spaces are unified by an imposing colonnade architrave. In the current situation, in front of the square itself we find another space that serves as a vestibule and on which ends in axis, Via della Conciliazione.