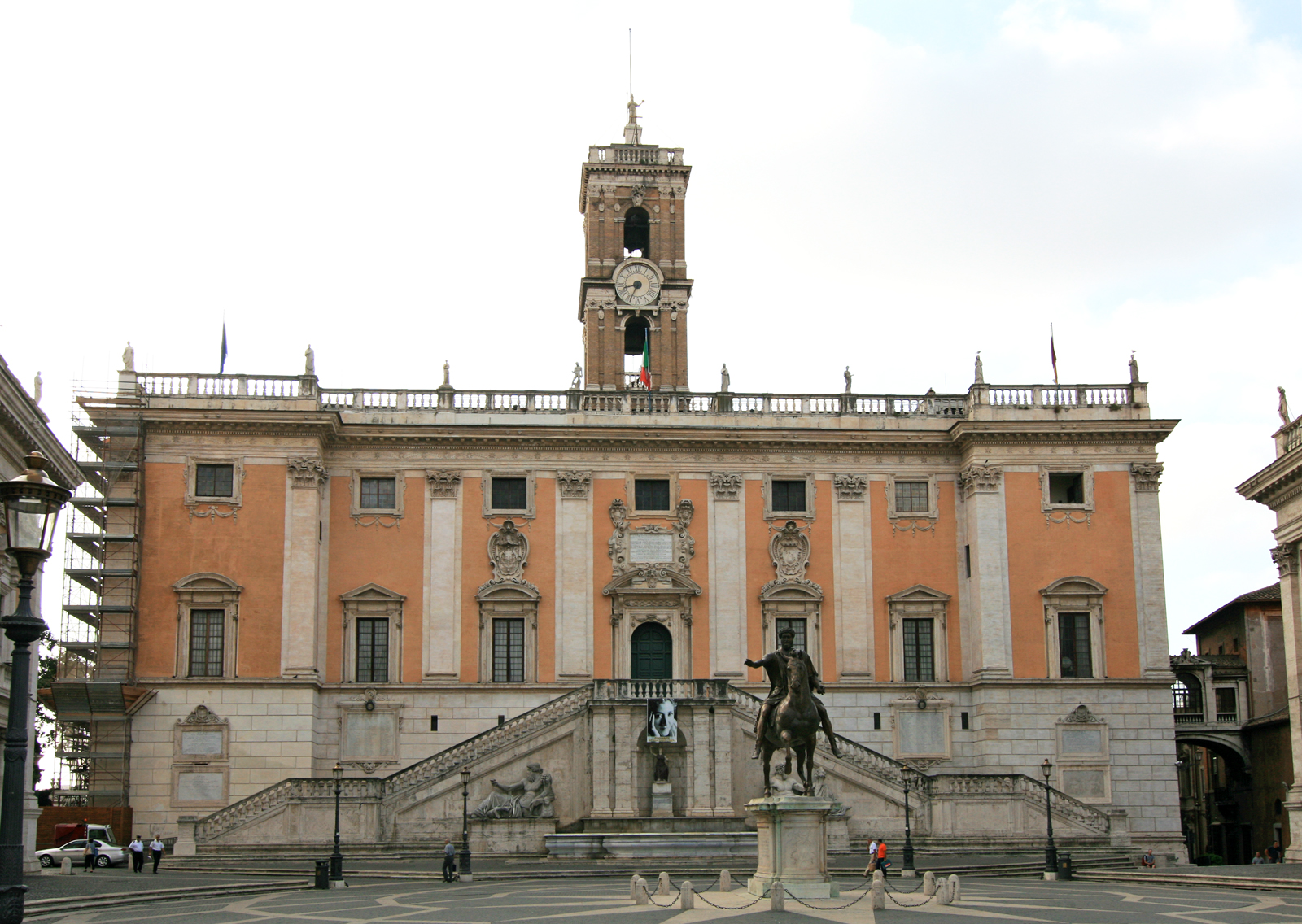 The Senatorial Palace, current seat of the Town of Rome, built on the ruins of two buildings of the Roman period: the Temple of Veiove and Tabularium. This building, which was pretty much the State Archives of the Roman Empire, was the only one left standing from the Republican