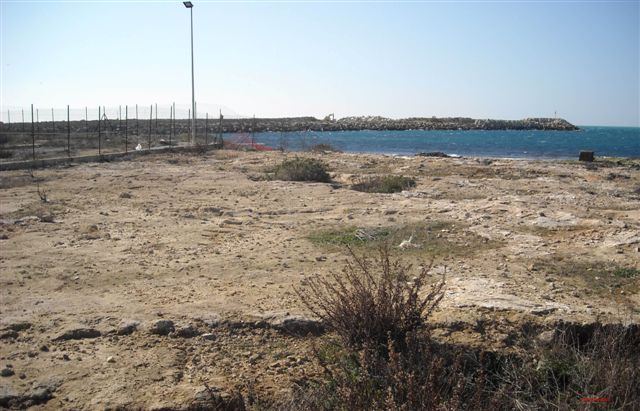 Leaving from Civitavecchia, taking the Aurelia to Tarquinia, we recommend you look on the left the old papal prison, the so-called Criminal bathroom, built from 1864 to 1868. We always meet on sunistra the old cemetery, in which there are chapels of some architectural interest, such as the so-called neo-classical cemetery of San Lorenzo in 1789.

The necropolis of Mattonara dates back to the seventh century BC, together with that of Scaglia is linked to the presence of a settlement, an Etruscan town that you do not yet know the exact location

In the area there is also the presence of a settlement and a cremation cemetery, both of Villanovan, violated in Roman times.

Known as Buca di Nerone, returned in the 50s at the shore two funds of huts (the famous hole is nothing more than the basis of a hut), a circular and elliptical and a nearby two shaft tombs carved into both quadrangular rock and some ruins.

Salvatore Bastianelli, passionate student of local history and a deep knowledge of the territory would Civitavecchia localized station Algae, a town just at the necropolis of Mattonara.

His hypothesis is supported by the presence of a natural harbor located in this area and by the discovery of buildings and tombs. In addition to this, the remains of a fish pond, still visible today, a splendid Roman villa, the cold waters freshwater springs today in the sea that were probably used for the water supply for the town. These findings make it extraordinarily important area.

It is assumed, however, that the necropolis is even bigger and that, together with the nearby necropolis of Scaglia, are linked to another town not yet identified

La Frasca, about 6 km long, is an incredible place, to visit in all seasons; either by diving enthusiasts for the many Roman remains to be admired in the seabed is, when the season does not allow swimming in the sea, for a walk almost magical between the pine forest and archaeological finds.

Is not sandy but is made up of rocks that are a mix of sand, loam and clay. Suggestive for its shape almost lunar and surprising for the significant amount of fossil that you can find.

After about 2 km on the left there is the junction to St. Augustine. After a few tens of meters on the left, there is a path that leads to the Necropolis of Scaglia. The name of this town is linked to the fact that the Villanovan already exploited the quarry throws, excellent building material.

In this area you can observe the development of various techniques of burial, in the most archaic tombs dated ninth century. a. C., which consist of a rectangular pit, inside which deposed the biconical vase (of which there are interesting examples of the National Museum) containing the ashes of the deceased. Then there are the tombs of a later period, consisting of a pit, where the body was lying dress with her jewels, the tomb was then closed with a slab of material existing on site. Subsequently these pits were increasingly expanded to lay furnishings that the deceased went with him to his life in the world beyond, to the point that at the end of the seventh century. the tombs became real rooms that imitated the dwellings of the living. The later tombs are large rooms with two beds (left the tomb to the man, to the right one for women), are accessed via a staircase carved in a corridor (dromos), the ceiling is less inclined, as the roof of a house and no longer that of a hut, with beams, tiles and central beam, columen, obtained by digging the rocks; notable are the so-called tombs ogive truncated, showing the dromos “to restrict”. Some graves have no sunbeds funeral because the deceased was lying in a coffin.

Back on the road to St. Augustine, passing by the church of Pantano, continue on the left to go to the seaside resort of the same name, where legend relates that the Holy saw the angel who warned him on the dogma of the Trinity, here is possible throughout the ‘year enjoy a magnificent beach, in both shores guarded, that beach, you can enjoy the excellent local cuisine in lovely restaurants on the sand, you can take long walks up to Tarquinia, sure to enjoy the fascinating landscape of the Maremma. This part of the coast, being particularly exposed to the wind, has become a meeting place for fans of Wind-surfing and surfing, the more relaxed, however, take advantage of the Mignone river that flows along this stretch with the sea to dabble in sports competitions with model launches and boats mechanically perfect and highly refined