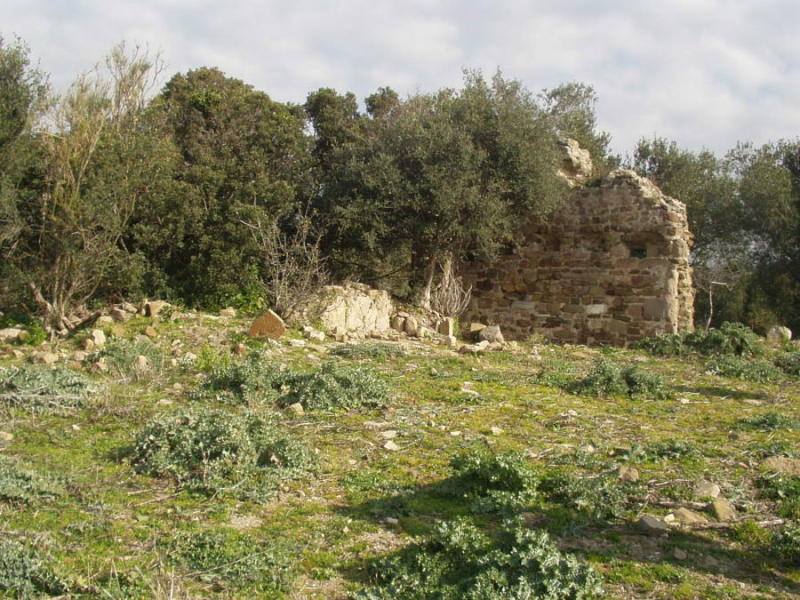 The identification of the town is connected to this necropolis, located almost on the seashore, has allowed, through a series of excavations, most notably those conducted by the Archaeological Centumcellae since 1913, to find prehistoric anthropogenic deposits, the whose dating has been possible through the study of the ceramic material found.

In the top of the hill called “La Castellina” we can see the remains of the Etruscan acropolis.

The rich vegetation protects the remains of the imposing walls surrounding about 700 meters around the hill.

The town, he was in a favorable position to qualify for sea traders and placed at the top of the hill could control the entire coast and spotting boats that could reach the coastal approach present along the whole stretch of coast below. Connected the village cemetery which extends from virtually all sides of the hill, is ì quite different from those of Scaglia and Mattonara. The necropolis was connected to the city by two roads still passable.

The extent and richness of the necropolis around the hill highlight the importance of the Etruscan which, located a short distance from the sea, was in a favorable position to benefit from the flourishing maritime and commercial traffic to control the natural way of communication marked by the course of the Pygmy, between the coast and the Tolfa mountains.