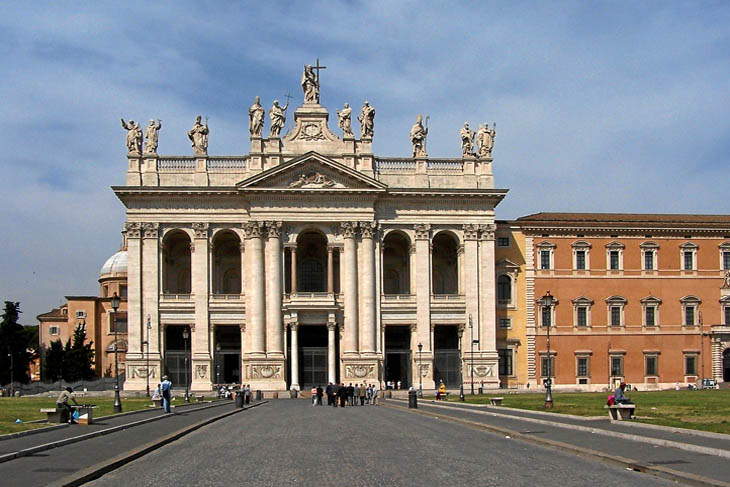 Called “mother of all churches in the world”, the Basilica of St. John Lateran is the ideal link between Pagan and Christian times. Founded as a building for public meetings and for the administration of justice, with the spread of the new creed becomes majestic church structure and adapted to receive a large number of faithful.

The basilica stands on the same site of the basilica erected by Constantine around 314 on land already owned by the noble family of the Lateran, which takes its name from the area. Repeatedly damaged and restored, the basilica was continuously enriched over the centuries.

We worked artists like Borromini, Della Porta, Fontana and Galilei, which ended in 1735 with the facade 15 imposing statues of Christ. From the porch, you enter the basilica with five naves and Latin cross, approximately 130 meters long.