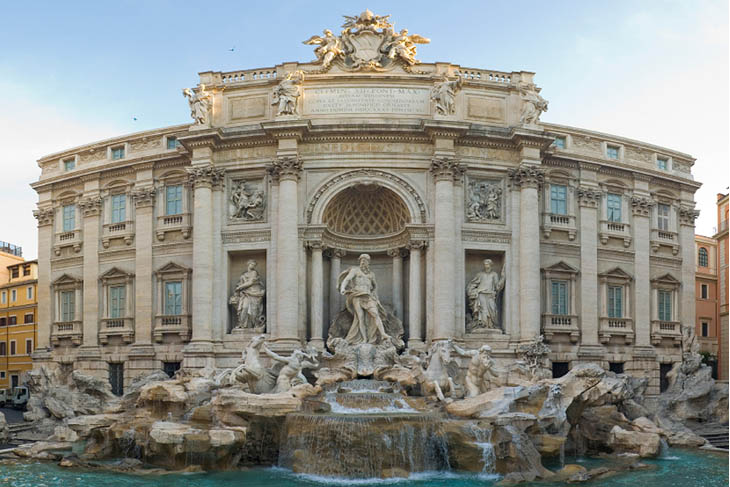 Work on the celebrated rococo fountain was first begun in 1732 by Nicola Salvi (who beat off competition to be awarded the commission by Pope Clement XII) and was completed by Giuseppe Pannini in 1762.

The monument, whose water is supplied by one of the oldest Roman aqueducts, the “Acqua Virgine”, has been sculptured against the backdrop of Palazzo Poli and depicts Triton taming Oceanus’ shell-shaped chariot drawn by sea horses.

Before moving off, do not forget to throw a coin in the fountain. Custom has it that travellers doing this will one day return to the eternal city. Those seeking a little romance, perhaps even an Italian love, should then toss a second, third coin to make sure wedding bells will soon be chiming.

Not forgetting of course that the fountain provided the splendid setting for the best-known scene from director Federico Fellini’s classic film “La Dolce Vita”: a provocative Anita Ekberg swathed in a long black evening dress calls out for Marcello Mastroianni, “Marcello, Come Here!” as she glides through the fountain’s sparkling waters.